LEGAL DESCRIMINATION – Look with your eyes, see with your heart 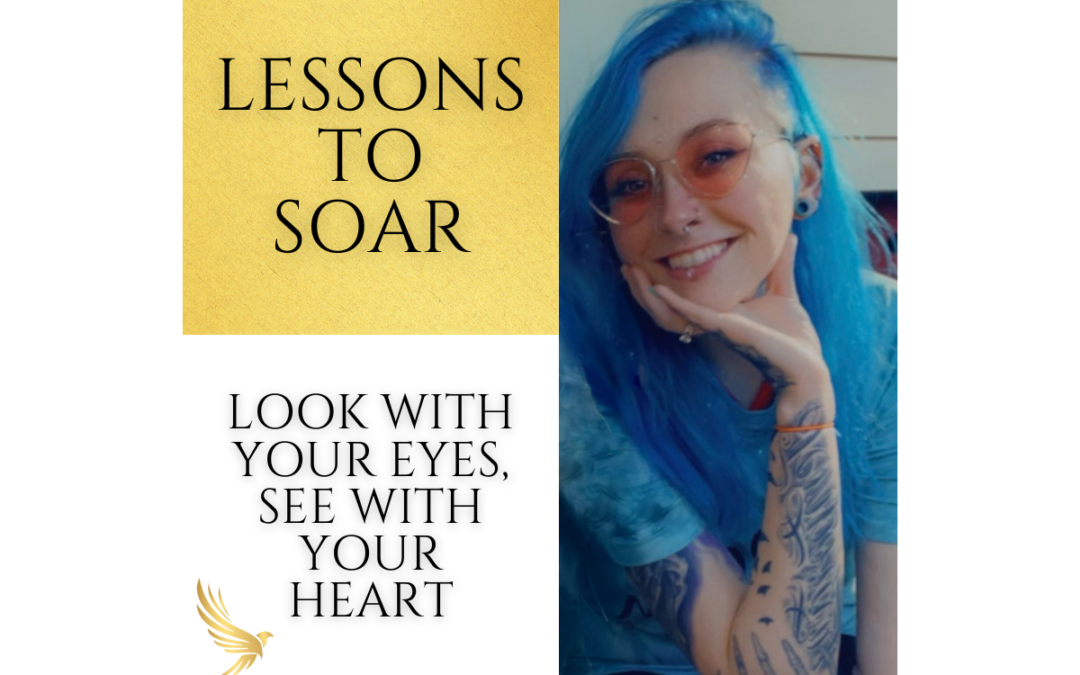 When most of us think of discrimination, what often comes to mind is illegal today. You can no longer legally discriminate due to ethnicity, gender, disabilities, religious views or sexual orientation, to name a few. But let’s discuss a different form of discrimination, which is not punishable by law but affects us and our society in various ways just as much. Look with eyes and see with your heart.

My daughter, Savannah, came to me and said, “Mom, I want to be an entrepreneur just like you.” My heart began to pump wildly with pride, and a smile as wide as the Grand Canyon appeared on my face as I said, “Really, what do you want to be?” She said, “I want to own a business that does tattoos and piercings.” My heart sank, and I’m sure she saw my expression change. Thank goodness my daughter has my tenacity and never once considered my response a deterrent to her dream.

Beauty Is In The Eye of the Beholder

She displayed her talents early in a very mainstream way by wearing and sharing beautiful makeup techniques that you now see all across the internet. Early in high school, she earned money working for tips using her makeup talents for special occasions like dances, proms, and weddings.

At 16, her creativity grew to more intense displays of her artistic abilities through gore makeup. She began working at Halloween carnivals, plays and festivals. She worked hard to develop her creative skills with every opportunity. I was so impressed with her makeup talent; after all, both would be washed away with no trace at the end of the day.

Next came the request to change her beautiful blonde to something different. I politely said, as long as it is a color God made for hair. But I was amiss and didn’t specify that it should be a similar shade. Though not as simple as washing it away, I realized it was not a permanent decision over time, so I wasn’t thrilled, but I adapted and let her be who she wanted to be.

When Savannah was a baby, I chose to pierce her ears, but as you may have guessed, she asked for more. I said no, but she knew they were temporary, as the makeup. She used this to her advantage and did her piercings herself but would remove them when in my presence. (yes, a mama always knows). Savannah was an excellent, well-rounded teenager, her grades were good, and she was polite and well-liked. I am a parent who chooses my battles, and I loved my child and traveled down the “it’s only temporary” road in bliss.

But then my life would change forever, and I would become the one to be different. I became wheelchair-bound, unable to walk for months and months. People began to stare at me, or if they glanced, they would avoid making eye contact with me. But even worse was when the people staring would speak to others on my behalf as if I wasn’t there. Being ignored made me feel less meaningful, as if I had nothing to contribute to this world. However, my hope would shine through, and I would strive to prove them wrong,

Thankfully, after months of physical therapy, I am walking again but with a very noticeable disturbed gait pattern, or, to put it bluntly, I limp. I don’t think I will ever become accustomed to people staring at me, but I know I am worthy and have much to offer. I have learned to make eye contact and smile at them, which catches them off guard. Over the years, it has become my mission to teach others how to treat people with disabilities. After all, we are all the same on the inside and should not be slighted or discriminated against. We all have gifts and much to offer.

One day as a volunteer at a retreat for the disabled and their caregivers, my eyes and ears were opened. I had a deafening thought that said you don’t discriminate here. What about those with tattoos and piercings? Are you not treating them as you and others with disabilities have been? Honestly, look at others to see what you may be missing.

This thought remained on my mind throughout the week, and as I returned home, I started to look around with curiosity. I purposefully paid attention to everyone who walked my way that day, and I realized I was the minority because I had NO tattoos and only pierced ears. I was the different one. It was a moment I will never forget! I realized that if I didn’t change my mindset (or, as I call it, my righteous indignation), we all would suffer, including my business but most of all my child. Opening my mind to see everyone’s talents, hearts, and drive would be vital in seeing what was on the inside and what they offered, not just what I saw on the outside.

Today, Savannah has piercings (that she continues to do on herself), her hair color changes regularly, and multiple tattoos. She majored in art and is now 21 and well on her way to owning her own business. But, most importantly, she is happy and living her dream. I see her heart when I look at her and nothing but her passion. As for those with disabilities, tattoos or piercings, we are all the same, created by God for his purpose.

The Lord sees our heart, not our outward appearance.

1 Samuel 16:7b “The Lord doesn’t see things the way we see them. People judge by outward appearance, but the Lord looks at the heart.”

What do you see? Are there personal views you need to change, or do you need to re-think the hiring practices in your company?  Open your mind and your heart. Don’t overlook the best talent or potential best friend God could put in your path today. Remember, we all bring various gifts, skills, and contributions to this world. God created us all equal.

Lesson Learned: Never ignore or discard anyone just because they are different on the outside. Look with your eyes, see with your heart.